Black Lives Matter is a distinct arm of the Democratic Party.

Black Lives Matter has benefited from the largesse of top Democratic donors, including billionaire George Soros’ Open Society Foundations and the Center for American Progress. Soros gave, in one year, an estimated $33 million to BLM back in 2015.

Democrats view BLM as "uncontrollable" but "indispensible", according to David Horowitz, a conservative author who has written extensively about left-wing activism. “It’s a violent movement, but it’s really been embraced by the Democratic Party, and it’s very important to the Democratic Party.” Just look at the suck up behavior of top leftists like Martin O'Malley, who apologized for saying "all lives matter", and Bernie Sanders, who allowed BLM loudmouth jerks to take over a stage and microphone, he was speaking into.

Fast foward now to 2020, and we have THIS concrete evidence of the connection of BLM and the Democratic Party.
Click the link to this fabulous RedState expose' article by Elizabeth Vaughn, to see how donation$$$ to BLM, get skimmed straight into ACT BLUE >>Democratic Party coffers. It it weren't for the cahoots of the mass media with Democrats, this would be the top media story of the year, equal to the coronavirus. >>>

Donations to Black Lives Matter Go to 'ActBlue' - The Activist Arm of the Democrat Party
"Powering Democratic candidates, committees, parties, organizations, and c4s around the country."

So who is BLM ? To put it in leftist jargon, they are the "running dogs" of the Democrats. 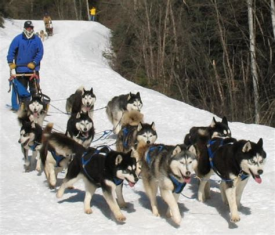