Supporting Member
What a total RACIST AZZHOLE, can't wait until he spends the rest of his life in prison and the Asian Gangs find him...........I know this is accepted behavior for part of the cult base, the hood wearing part.

One day, very soon, one of these racist will roll up on the wrong bunch, you know the bunch that will be armed to the teeth then we will see what the gun lovers say - when a liberal minority shoots back

Timothy Nielsen Charged With Attempted Murder For Plowing Vehicle Into Woman Who Was Picnicking In Logan Square – CBS Chicago (cbslocal.com) 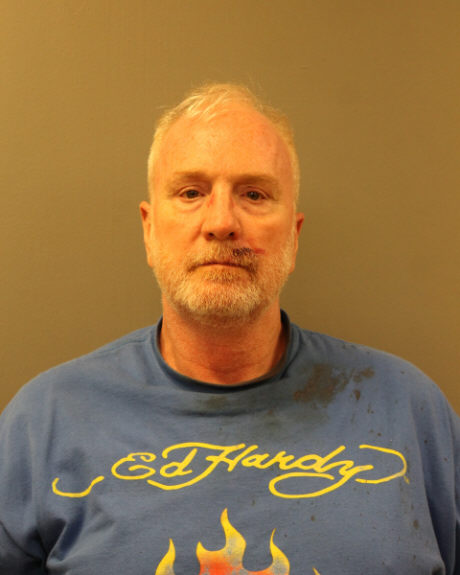 (Credit: Chicago Police)
Police said around 5:15 p.m. Saturday, he intentionally jumped the curb with his vehicle, and drove at a group of people gathered for a picnic on the 2900 block of West Logan Boulevard.
In a proffer read in court Monday, a Cook County Assistant State’s Attorney said a group of people had gathered in the grassy median on Logan Boulevard for a picnic to celebrate someone’s birthday. Nielsen pulled up in his Ford F-150, stopped the truck near the group, and started complaining about the behavior of their dogs, prosecutors said.
After the group responded to Nielsen, he reversed the pickup truck, and then placed in drive – accelerating as he plowed right toward the group, prosecutors said.
The pickup truck did not immediately jump the curb, so Nielsen accelerated again – this time clearing the curb – and kept plowing toward the group, driving over their personal property, prosecutors said.
He drove over bikes, chairs, and a Yeti cooler before he began striking people with the pickup truck, prosecutors said.
First, Nielsen struck a victim trying to flee, who suffered minor injuries and was treated on scene, prosecutors said. But then, he struck the woman who was left critically injured, and who had also tried to flee but ended up pinned under the truck, prosecutors said.

As Nielsen struck the woman, the group’s Yeti cooler became lodged between the truck and the ground so that the truck could not get any father, prosecutors said. But Nielsen still kept accelerating and trying to drive over the woman who was already pinned under the truck, prosecutors said.
Police and paramedics came to the scene. The 42-year-old woman who was struck was seriously injured and was taken to Advocate Illinois Masonic Medical Center for treatment.
Meanwhile, Nielsen was arrested on the spot, prosecutors said.
Officers also spoke to a witness who was in the alley behind his home watering flowers, and who said Nielsen had pulled into the alley and approached him before the incident, prosecutors said. Nielsen asked the man how long he had lived in the neighborhood, and also complained about the “yuppies and their dogs in the park,” prosecutors said.
He then told the witness, “Watch what I’m going to do,” before plowing into the crowd, prosecutors said.
The witness said Nielsen was “aggravated by actions the dogs were engaged in,” prosecutors said.
There were published reports this past weekend quoting a man who was part of the group having the picnic, who claimed that Nielsen also yelled anti-Asian rhetoric. This was not addressed in the proffer.