Covid is not going away.

protectionist said:
I am double vaccinated, and I really don't see why anybody is against vaccination, nor do I see why the vaccinated are so concerned about the unvaccinated. If you're vaccinated you are safe, so please shut up, and go about your other business.
Click to expand...

These PJ “physicians” are always so wrong. I wonder if they can be sued for malpractice?

protectionist said:
They are NOT the group that is most vaccinated. Trying to get through the dense head of a tightly programmed liberal, is like trying to crack a diamond.

Deny REALITY, as your liberal media masters instruct you to, if you must.
Click to expand...

We have gone over the with the Kaiser Foundation surveys.
This summary says it all. 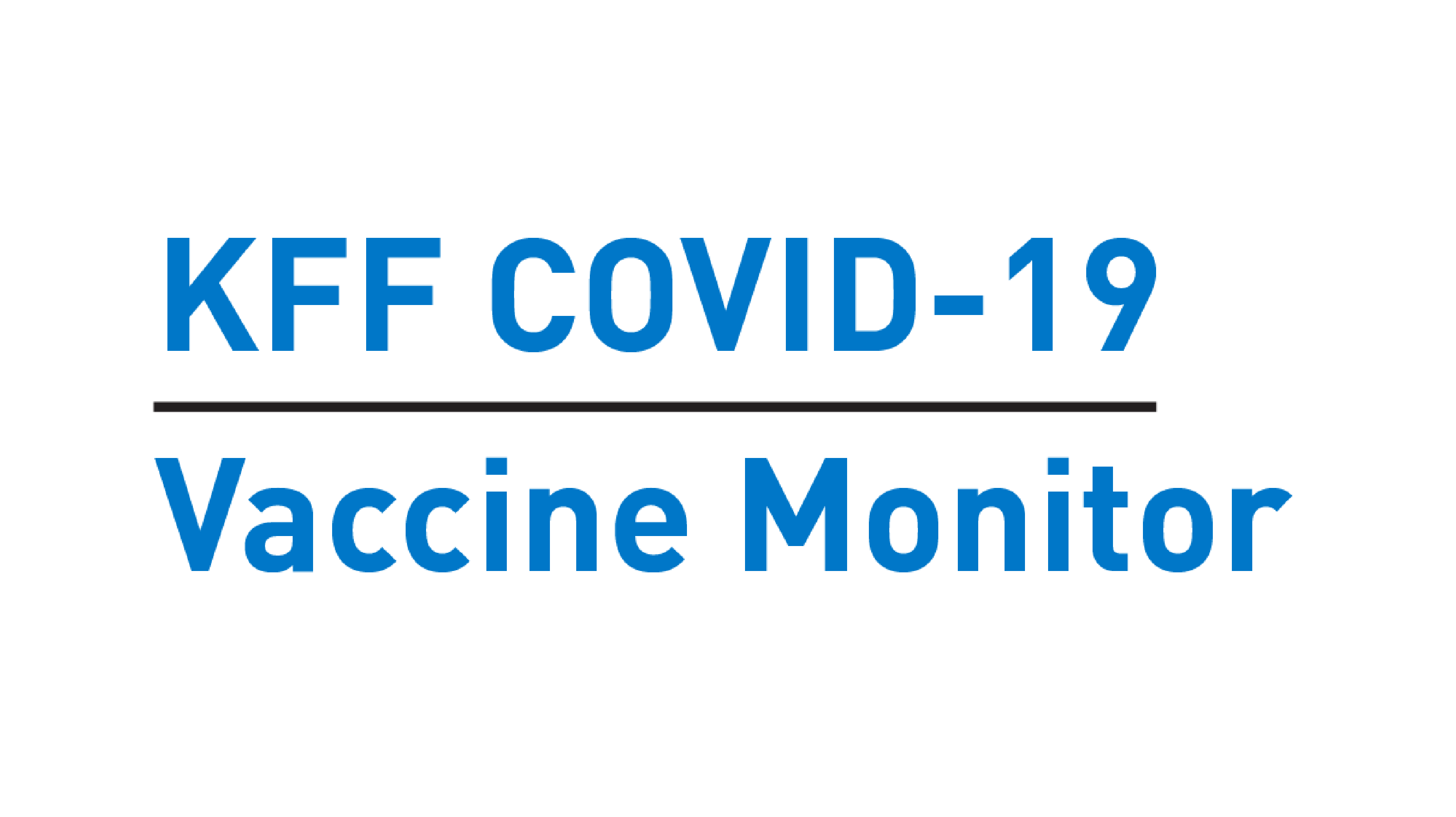 Using a combination of surveys and focus groups, the KFF COVID-19 Vaccine Monitor will track the dynamic nature of public reactions as vaccine development unfolds, including vaccine confidence and …


The lowest group of vaccinated are Republicans.

Only 18-29 beat the Republicans in the, I will never get vaccinated numbers.

It is white evangelical Republicans who believe if they can't have it in Trump's hands, and they won't accept it in Biden's hands. Then they will just leave Rona in God's hands.

protectionist said:
Should hang gliding, motorcycling, and space travel be banned (as being dangerous)

If smoking cigarettes (which can harm non-smokers) can be legal, how would it be illegal to not be vaccinated ?....which does not harm the vaccinated.
Click to expand...

If the unvaccinated would wear used the proper safety equipment and maintain a regulated safe distance from others and not enter building where they could endanger people.

Then we can put them in the category of those activities you mentioned.
Because the law requires safety measures to be taken for those other endeavors.

We have laws to protect us from reckless hang gliders, motorcyclists, space travelers, and smokers.


So are you saying we need safety laws to protect the public against the unvaccinated ?

Glad to hear you are finally wising up.

EatTheRich said:
The willfully ignorant are not withholding informed consent so much as exercising uninformed dissent.
Click to expand...

This is the communist mindset exemplified. I have NO doubt you're an actual bonafide commie interested in doing everybody else's thinking for them.

Staff member
I am not sure if it's the second or third wave, but it's a wave. 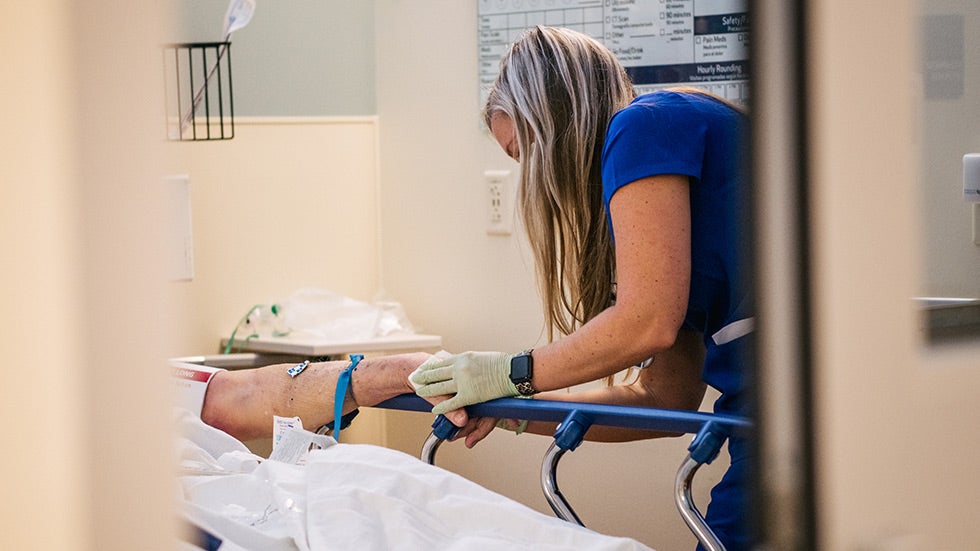 The average number of daily COVID-19 deaths in the U.S. has increased to its highest level since early March, as the highly contagious delta variant infects individuals nationwide.

God of War said:
This is the communist mindset exemplified. I have NO doubt you're an actual bonafide commie interested in doing everybody else's thinking for them.
Click to expand...

Do you make your kids wash their hands after they go to the bathroom? COMMIE!

EatTheRich said:
Do you make your kids wash their hands after they go to the bathroom? COMMIE!
Click to expand...

1) Exactly the point?!?! Commies want to be parents to everybody.
2) That vaccine did you bad.

Staff member
Things aren't going well in South Carolina either. Missed this from earlier in the week.

"The Palmetto State continues to trend in the wrong direction, as cases are soaring.
Two weeks ago, South Carolina saw its second-highest weekly total for new cases with nearly 38,000. The previous week, there were more than 35,000 new cases. The only higher weekly total was in early January, when the state had more than 40,000 cases. The state hasn’t seen fewer than 1,000 new cases on any day since July 24...." 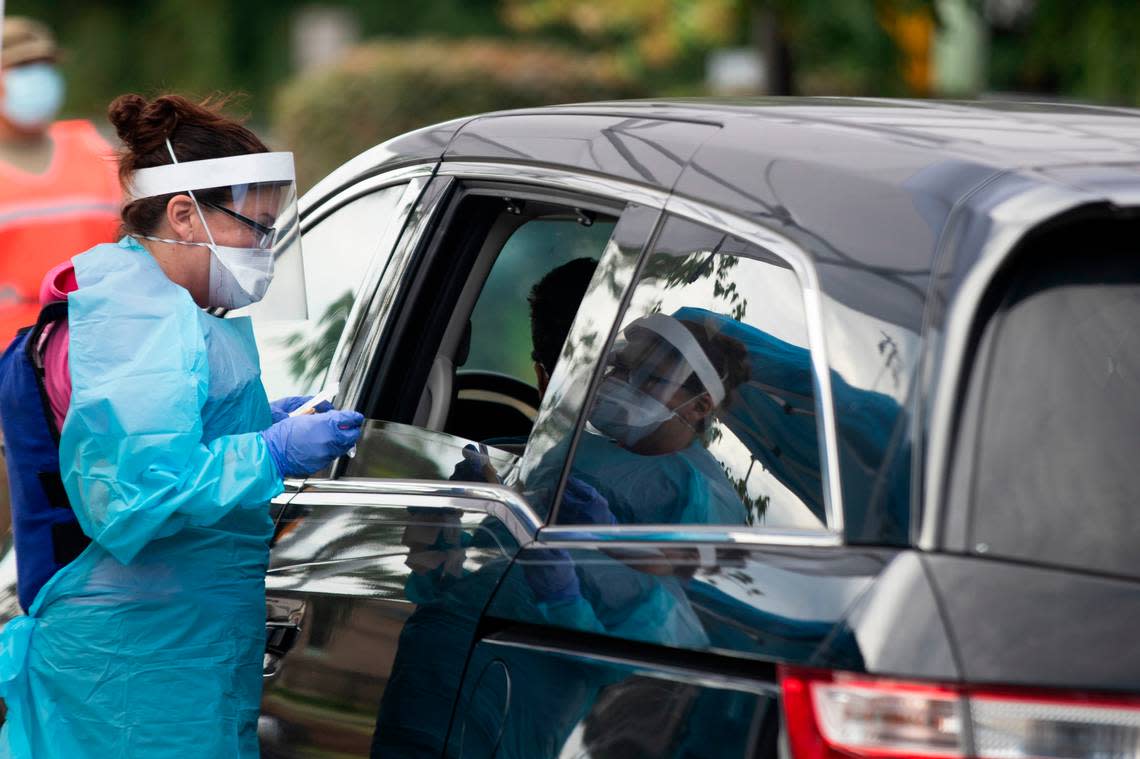 God of War said:
1) Exactly the point?!?! Commies want to be parents to everybody.
2) That vaccine did you bad.
Click to expand...

Nope. Only to those who prove they will act like children. Do you agree with the commie mandate that restaurant workers wash their hands before handling food?

Spamature said:
It comes with the territory.

They know if they don't lie eventually they'll have to agree with you.

That's not something they can usually live with.
Click to expand... 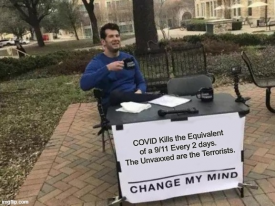 Staff member
The TxDSHS Covid-19 Dashboard reported 317 new deaths in Texas today. I’m rolling up on 63 in November so I am not eligible for the Pfizer booster yet.

bdtex said:
The TxDSHS Covid-19 Dashboard reported 317 new deaths in Texas today. I’m rolling up on 63 in November so I am not eligible for the Pfizer booster yet.
Click to expand... 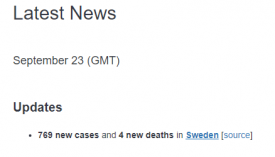 EatTheRich said:
Nope. Only to those who prove they will act like children. Do you agree with the commie mandate that restaurant workers wash their hands before handling food?
Click to expand...

This is the only unanswered post that has bothered.

So why wouldn't I agree that the State health departments which inspect restaurants require hand washing? The fecal-oral transfer of Covid is not the only disease at issue so are a number of others. It is probably why the notoriously unclean Chinese were taking ass samples for testing Covid as the probable last exit point of the infection as people recovered.

I could probably not agree to hand washing given the fact I probably eat out once or twice a year at most. I've probably gone years without eating out... working in a restaurant for a half year back in the day really opened up my eyes. But I'm for hand washing.

WHAT I DON'T AGREE WITH IS MANDATING EXPERIMENTAL GENE THERAPY INJECTIONS, OR BUSINESSES DEMANDING TO KNOW MY MEDICAL STATUS IN CONTRAVENTION OF ETHICAL AND MORAL NORMS ESTABLISHED BY SUCH LAWS AS HIPAA'S HEALTH PRIVACY PROVISIONS. You could repeal HIPAA and medical privacy is still a human right.

False equivalences need to be confronted wherever they show their ugly heads. :0)
Last edited: Sep 26, 2021

God of War said:
Because Trump didn't warp speed it as much as the vaccine was?
Click to expand...

If you have time, read this...
_______________________
snip -----
Scientists have studied the use of mRNA as a novel therapeutic since the early 1990s5. However, it wasn’t until 2005 that a group of researchers at the University of Pennsylvania published findings on mRNA technology that have since been deemed critical to the development of mRNA based therapies6. SEC filings highlighted by Knowledge Ecology International reveal a series of sublicenses for mRNA-related patents that stem from the University of Pennsylvania to both Moderna and BioNTech7,8,9. The 2017 filings indicate that the University of Pennsylvania exclusively licensed their patents to mRNA RiboTherapeutics, which then sublicensed them to its affiliate CellScript. CellScript proceeded to sublicense the patents to Moderna and BioNTech; however, the patent numbers are redacted in all the filings, making it difficult to determine which are relevant to the production of COVID-19 vaccines.
Another key aspect of an mRNA vaccine platform is the ability to deliver the mRNA to a cell using a lipid nanoparticle. Some early work on lipid nanoparticles was done jointly by the University of British Columbia and Arbutus Biopharmaceuticals in 1998. SEC filings show that patents relating to this early technology were solely assigned to the University of British Columbia and then licensed back to Arbutus10. Further analysis reveals that in 2012 Arbutus licensed a set of patents relating to the delivery of nucleic acids to Acuitas Therapeutics. In 2016, Acuitas entered into a development and option agreement with CureVac, which included access to patents on lipid nanoparticle technology11. Acuitas also granted a sublicense to Moderna; however, in 2016 Arbutus declared that Acuitas’s sublicense to Moderna was improper and took to the Canadian legal system for remedy10. The litigation in Canada was eventually settled, but in 2018 Moderna began filing inter partes reviews (IPR), a procedure for challenging the validity of a US patent before the US Patent and Trademark Office, on three of Arbutus’s patents, which concluded with the cancellation of claims in two of the three challenges12. Moreover, Arbutus also entered into an agreement with Roivant to spin out Genevant, which received a license for the patent portfolio on lipid nanoparticles13. Genevant sublicensed the patents to BioNTech, who then entered into an agreement with Pfizer to develop a COVID-19 vaccine14,15,16. It is also important to note that the US National Institutes of Health (NIH) and Moderna entered into an agreement in 2019 to co-develop coronavirus vaccines; however, this was before the identification and spread of SARS-CoV-217,18.
A network analysis of COVID-19 mRNA vaccine patents | Nature Biotechnology 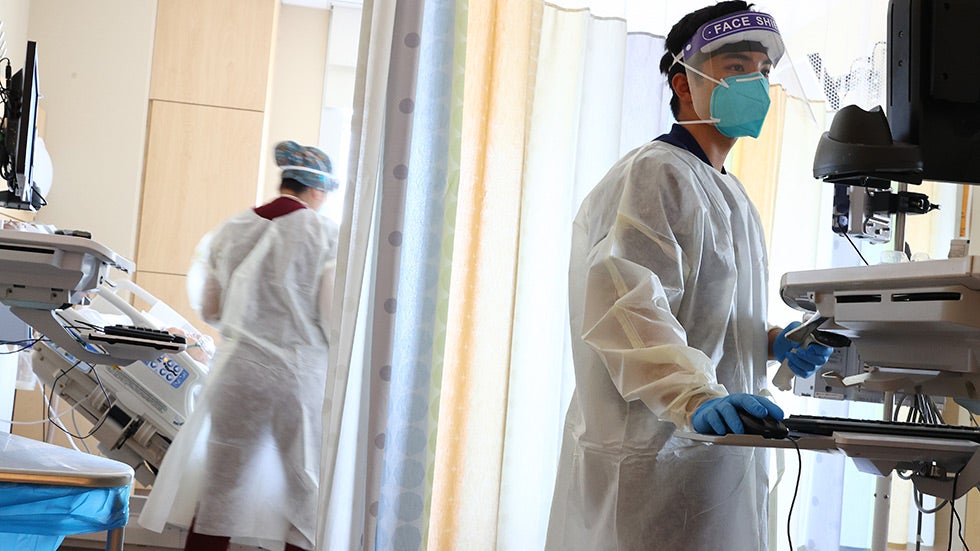 After a Michigan doctor wrote about combative COVID-19 patients, most of them died

Since a Michigan doctor penned a Facebook post earlier this month detailing the aggressive and combative responses he has faced from eight patients seriously ill with COVID-19, six of those patients have died.