Greatest Loser Trump calls into Take Back Virginia Rally to hype Youngkin - thanks for the kiss of death !

Supporting Member
The greatest loser called in, listen for yourself, soooooooooooooooooooooooooooooo low, low, low energy - was he half asleep? You cultists better be worried about the orange messiah - now he isn't getting the good drugs anymore he is failing fast, really fast - 2024 is a LONG way away for him ! 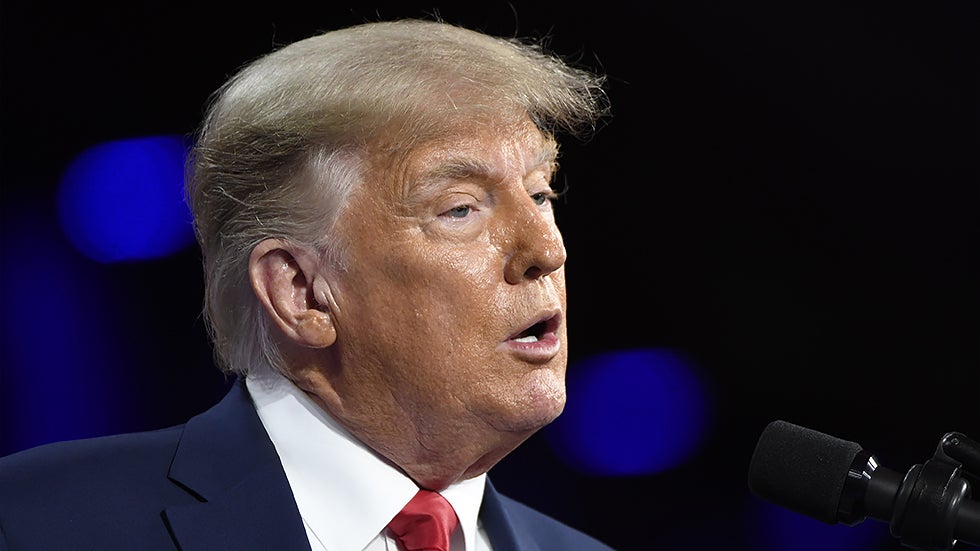 Trump calls into Take Back Virginia Rally to hype Youngkin

Former President Trump called into the "Take Back Virginia Rally" on Wednesday ahead of the state's gubernatorial and House of Delegates elections next month, praising GOP nominee Glenn Youngkin.

Former President Trump called into the "Take Back Virginia Rally" on Wednesday ahead of the state's gubernatorial and House of Delegates elections next month, praising GOP nominee Glenn Youngkin.

"Glenn Youngkin is a great gentleman. Really successful, he loves this state, we gotta get him in," Trump told rally goers before calling Democratic nominee and former Gov. Terry McAuliffe "a lousy governor."


Trump's less than five-minute call-in to the rally was a contrast to a rally he held in Iowa over the weekend where he stood side-by-side with senior Sen. Chuck Grassley (R-Iowa), who is running for reelection next year.

While the former president endorsed Youngkin earlier this year, he has yet to campaign with the Republican nominee in Virginia this year. Trump lost Virginia in the 2016 and 2020 presidential elections, and major Democratic gains were made in the governor's mansion and General Assembly during his administration.

Youngkin has said before that he was honored to have received Trump's endorsement.

The former president said during his call-in that he was interested in holding a rally in Virginia in the future.

"We'll have to do one together when we're live together too," Trump said.

Supporting Member
Glenn Youngkin just yelled fvck he endorsed me, there goes the election in a purple state - I got the kiss of death - he is reaching for the 100th loss and I am going to be a victim ! Someone get me 3 pizza hot pockets now damnit !
You must log in or register to reply here.
Share:
Facebook Twitter Reddit Pinterest Tumblr WhatsApp Email Link