Well it has been a long time coming, but all along there have been discussions behind closed doors (never in public) that the Administrative Law Courts established with the New Deal were totally unfounded and unconstitutional. With the anniversary of Magna Carta and the right to a jury trial coming up on June 15 after 800 years, the era of Roosevelt’s big government is quietly unraveling.

A federal judge’s ruling against the Securities and Exchange Commission for using its own Administrative Law judges in an insider trading case is perhaps the beginning of the end of an alternative system of justice that took root in the New Deal. Constitutionally, the socialists tore everything about the idea of a Democracy apart. It was more than taxing one party to the cheers of another in denial of equal protection. It was about creating administrative agencies (1) delegating them to create rules with the force of law as if passed by Congress sanctioned by the people; (2) the creation of administrative courts that defeated the Tripartite government structure usurping all power into the hand of the executive branch, as if this were a dictatorship run by the great hoard of unelected officials.

Not discussed in the coverage of this story is that the Administrative Law Courts are a fiefdom, to put it mildly. They have long been corrupt and traditionally rule in favor of their agencies, making it very costly for anyone to even try to defend themselves. If someone were to attempt this feat, first they have to wear the costs of an Administration proceeding and appeal to an Article III court judge, then they must appeal to the Court of Appeals, and finally plea to the Supreme Court. The cost of such adventures is well into the millions, and good luck on actually getting justice.

Furthermore, Administrative Law Courts cannot sentence you to prison, but they can fine you into bankruptcy. So the lack of a criminal prosecution meant the judges did not have to be lawyers. They could be anyone’s brother-in-law looking for a job where he just rules in favor of the agency not to be bothered with law. Unless the victim has a pile of money, there is no real chance that he or she can afford to defend themselves. This is why the agencies cut deals with the big houses and prosecute the small upstarts who lack the funds to defend themselves.

In a 45-page ruling, U.S. District Judge Leigh Martin May in Atlanta issued an injunction halting Administrative Law proceedings against Charles Hill, a businessman who the SEC accused of reaping an illegal $744,000 profit trading in Radian Systems stock. This is typical. The legal fees involved will exceed the amount of money he is alleged to have made, the typical result is to just pay the fine and they go away, it is cheaper.

The judge ruled that the SEC agency violated theAppointments Clauseof the Constitution by subjecting Hill to proceedings before an Administrative Law judge, who isn’t directly accountable to the president, officials in charge of the SEC, or the courts under Article III. The ruling is 81 years overdue. The entire structure of administrative agencies blackmailing people has been outrageous. Then you take the banks who just entered a plea ofCRIMINALLYguilty to manipulating markets. They are now formallyFELONSwho engaged in violating SEC rules and thus under the SEC rules, they are no longer eligible for a banking license. The banks are “too big to jail” and the SEC has waived their own rules, of course, to exempt the banks. So they can engage in fraud and manipulation, get caught, pay billions in fines, and theSEC exempts them from losing their licenses. This is how corrupt the administrative agencies really are. 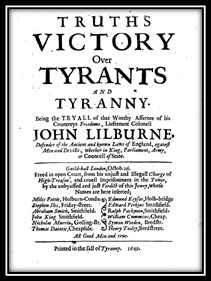 This new decision calling the Administrative Law Courts what they really are is reminiscent of the notorious extrajudicial proceedings of the Star Chamber operated by King James I. The court of Chancery set up outside of the King’s Bench, so there were no trials by jury. It had the same purpose, to circumvent the law. This is where our Fifth Amendment privilege came into being. That came about following the trial of John Lilburne (1615-1657) for handing out a pamphlet the government did not like. 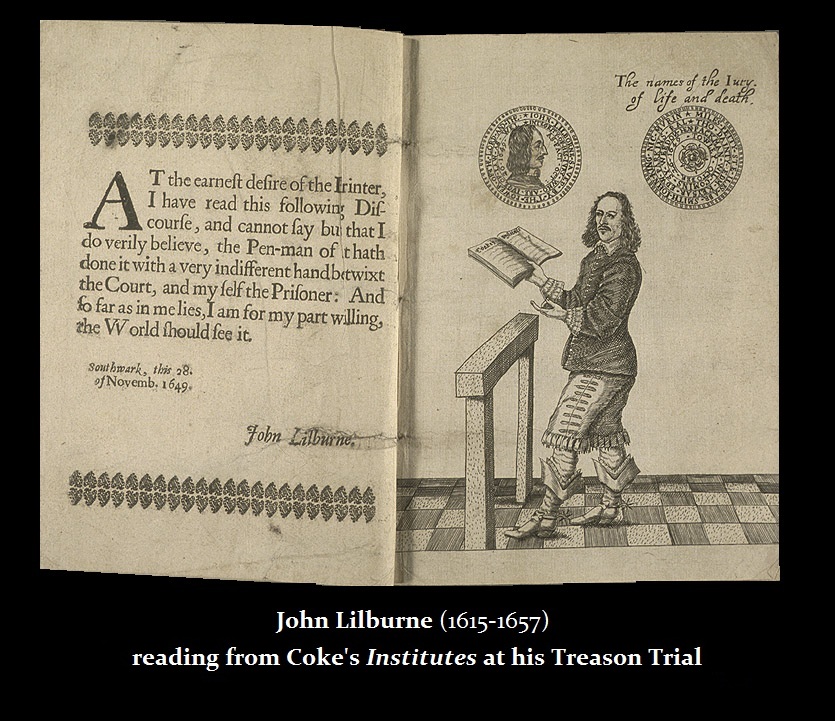 TheMiranda v Arizona384 U.S. 436 (1966) decision of the Supreme Court came only after decades of abuse by American police against citizens, not unlike what we are watching today. TheMirandadecision is hated by police, prosecutors, right-wing judges, politicians, and citizens. The decision is based upon the history of the right not to be coerced that began with the famous trial of John Lilburn before the English court of theStar Chamberin 1637 where he stood tall and objected to the King’s torture. Lilburn’s crime was handing out pamphlets against the king. John Lilburne (1615–1657) was a leader in theLeveller Movementof the 1640s and was a prolific pamphleteer who defended religious and individual liberty of the people. He was imprisoned many times for his views and was active in the army of the New Parliament rising to the rank of Lieutenant Colonel. In October 1649, he was arrested and tried for High Treason for printing and circulating books and pamphlets critical of the government but was acquitted of all charges by a jury of his peers.

Questions of the legality of those who rule and how they rule come up everywhere --- but what does one do about, in this case, the injustices of past 81 years?

In one such case in closer times, in Britain, Blair's messing with the House of Lords was also illegal, meaning that in Law everything which has gone through Parliament since is null and void.

We Americans know that it's possible to find a judge here, who will "rule" any which way. So, we certainly don't get exorcised over the fact of one single judge ruling up, down, or sideways.