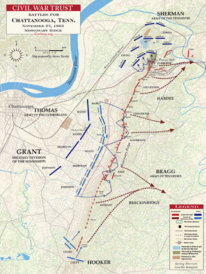 Staff member
When the 40th Alabama,Moore's Brigade, Cheatham's Division,and other Confederate units retreated eastward from Lookout Mountain on 11/24/1863 they joined other Confederate forces in a defensive line on Missionary Ridge. The Battle Of Missionary Ridge took place on 11/25/1863. If you look further south on the Confederate line at Missionary Ridge,you see the name "Finley". He was the commander of the 6th Florida Infantry Regiment at Chickamauga on September 18-20,1863. He was promoted to Brigade Commander after Chickamauga. My maternal ggg grandfather on my mother's side of the family was a member of Company I,6th Florida Infantry Regiment,Finley's Brigade,Bate's Division. My kin were about a mile away from each other that day.

Staff member
The Confederate forces were defeated at Missionary Ridge too and that pretty much ended the Siege of Chattanooga. Most of what was the Missionary Ridge battlefield there is now developed. There are some monuments up there with some small parcels of dedicated land around them. Did not have time to make it up there during my trip in June. The retreating Confederate troops were in for a tough 1864 in Georgia and Tennessee.

Staff member
I forgot that I had started this thread. This past 10/25,I visited Missionary Ridge. Me and a coupla fellows from Illinois and Ohio drove the length of Missionary Ridge from north-to-south and stop at the reservations disbursed along MR. I found the Brigade Markers of my ancestors' regiments/brigades. That was a good day. 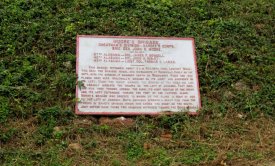 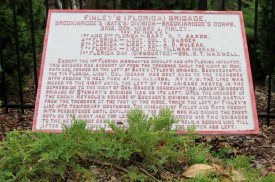 Staff member
There was actually some fighting there the day before the actual battle. Troops under General Sherman attacked and took what they thought was the northern end of the Confederate line at Missionary Ridge. When daylight came Union troops realized they weren't where they thought they were on the map.
You must log in or register to reply here.
Share:
Facebook Twitter Reddit Pinterest Tumblr WhatsApp Email Link