Alinvegas said:
MSNBC and you swallowed it whole.
Click to expand...

There's more. Let me know how many reports you need.....to remove the scales off your eyeballs.

Dawg said:
You proved my point
Click to expand...

ah, prtending you actually have a point?

Bugsy McGurk said:
Fox News is all over that story, no?

FoxNews can't cover it and be in line with Trump's Big Lie.

Supporting Member
The count is up to 7 states where Republicans forged election certification documents.

middleview said:
PJ left says there is no SUBSTANTIAL fraud and nothing that would change the outcome of the election. Dawg reads that as "none, no fraud at all, never was"
Click to expand...

@Dawg can be pretty good as a human spell checker but his grammar and reading comprehension could use a little work.

PNWest said:
@Dawg can be pretty good as a human spell checker but his grammar and reading comprehension could use a little work.
Click to expand...

Very original @Dawg.... by the way could you take off the ear muffs - it's a bit stuffy in here.... HAHAHAHAHA

JuliefromOhio said:
Republicans in 3 states, so far, forged documents in 2020 claiming they were state electors.

A group of Wisconsin Republicans quietly held a separate, fake ceremony — in the same capitol, at the same time — to cast electoral votes for Trump, despite his defeat in the state.

They then proceeded to forge the official paperwork and sent it to, among others, the U.S. Senate and the U.S. Archivist, as if the materials were legitimate. They were not.

What crimes should they be charged with?

PNWest said:
Very original @Dawg.... by the way could you take off the ear muffs - it's a bit stuffy in here.... HAHAHAHAHA
Click to expand...

Yes, that phrase was posted here long before you fell in

Keep on lying and denying. That's what Trump cultists do.

Marshall Cohen
@MarshallCohen
· 22h
These look like official government documents — but they were a PR ploy to help Trump subvert the 2020 election. Here's a close look at the fake Electoral College certificates that Trump allies in 7 states sent to the National Archives. w/ @ZcohenCNN https://cnn.com/2022/01/12/politics/trump-overturn-2020-election-fake-electoral-college/index.html… 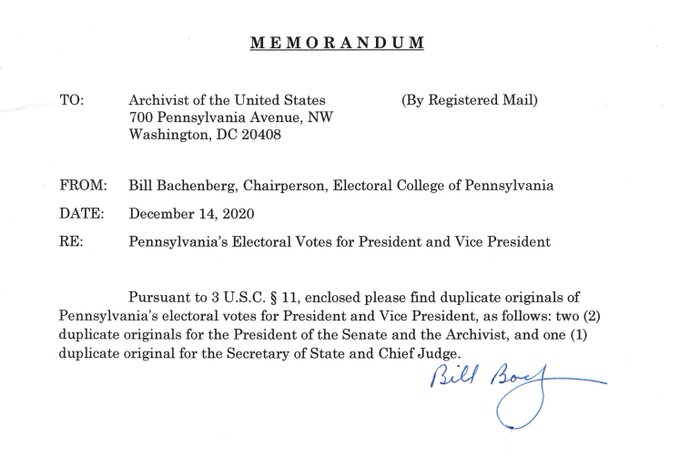 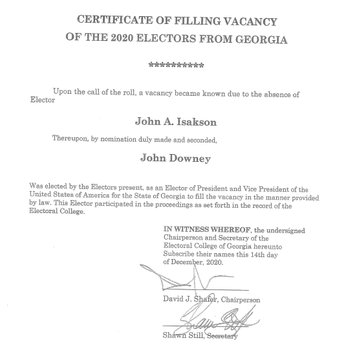 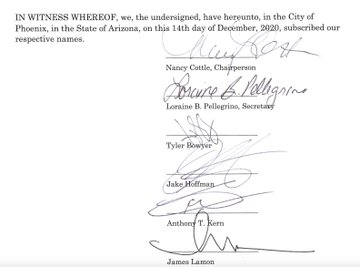 btw - this has been another horrible week for the weak minded cultists and next week looks much worse, ahhhhhhhhhhhhhhhh the glory of it all !

Makes you wonder how there could have been a conspiracy or attempt by Trump or Eastman and others to "corruptly ... obstruct[], influence[], or impede[]" the electoral-vote count proceedings within the meaning of 18 U.S.C. § 1512(c)(2). https://law.cornell.edu/uscode/text/18/1512…

Bill Kristol
@BillKristol
· Jan 14
Why the 7 forged certifications matter: Eastman memo: "Pence...announces because of the ongoing disputes...there are no electors that can be deemed validly appointed in those States...[So] there are 232 votes for Trump, 222 votes for Biden. Pence then gavels Trump re-elected.”