Few worse atrocities have ever existed than the protection of Richard Allen Davis from execution, by California governor Gavin Newsome.
Let's begin with a summary of facts >>>
Polly Klass' father, Marc Klaas, says that Gavin Newsome "went from being an advocate for the people of California, to the greatest advocate for pure evil. For the baby killers, and cop killers, and the serial killers."
I would say it is hard to disagree with that, and it is mind boggling that less than a month from now, thousands of Californians will vote to re-elect this man.

On a side note, Newsome has been involved is various scandals. Amongthese were directing the San Francisco city–county clerk to issue marriage licenses to same-sex couples, thereby violating state law, he said he would appoint a Black woman to replace Dianne Feinstein if she were to retire from the Senate, a violation of US Civil rights law, and the NPR station CapRadio reported that Newsom and Cal Fire had falsely claimed in January 2020 that 90,000 acres of land at risk for wildfires had been treated with fuel breaks and prescribed burns; the actual treated area was 11,399 acres, an overstatement of 690%. In conjunction with this Newsome was involved in a corruption scandal, accused of accepting campaign donations from PG&E, allowing PG&E to avoid billions of dollars in extra fees.
In addition, Newsome was pictured dining at a posh restaurant with 11 maskless friends, flouting his own Covid rules, at the height of the pandemic.

An attempt at recalling Newsome failed by a slim margin. 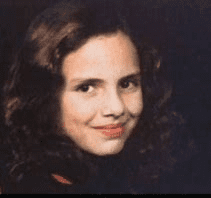 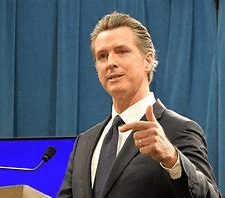 This travesty of justice will become all the worse if Davis were to kill somebody in the prison, before California voters have the chance to get rid of Newsome, and replace him with a pro-capital punishment governor.

Wanna back up your hero, in this thread ? Wanna support your "greatest advocate for pure evil. For the baby killers, and cop killers, and the serial killers." ?