The Battle Of Marianna, Florida, September 27,1864

Staff member
Almost forgot to do this. Marianna, Florida is in the Florida panhandle about 20 miles west of the town where my mother's brother(my uncle) and sister-in-law(my aunt) live. When I took my mother to see them back in April,my aunt told me about the Battle Of Marianna which I had never heard of. I did a little research of the area before my mother and I left. We had already planned to visit the gravesites of my Civil War ancestors in Alabama and Florida. The research I did didn't come up with any Civil War sites closeby to my aunt and uncle. Here is a short video about the Battle that I found afterwards.

Staff member
My aunt is a Civil War buff too. The 4 of us visited Marianna the second full day me and my mother were there and did the Civil War tour. I will post pics over the next few days. Wanted to at least start this thread today on the 154th anniversary of the battle.

Staff member
Well...I haven't gotten around to posting the pics of the Civil War tour in Marianna yet. Marianna got torn up pretty bad by Hurricane Michael on Wednesday. 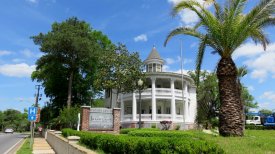 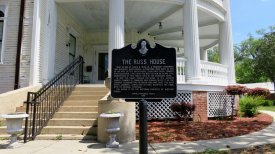 Marianna,Florida,population 9052 in 2016,is located 133 miles east of Pensacola and 66 miles west of Tallahassee. It is easily accessible via IH-10 and US-90. It is the county seat of Jackson County,Florida. The Jackson County Visitors Center is located in the historic Russ House in Marianna. I visited there on Friday,April 13,2018 for reasons I will get to downthread. Unbeknownst to me before my trip to Florida last week,Marianna is a very historic town. Admission to the Visitor Center is free but donations are accepted. The staff is very friendly and helpful. There are number of helpful and informative brochures and maps available therein at no cost, including a Civil War Walking Tour brochure and map. The house is available to rent for special functions. My guess is that the Jackson County Historical Society probably meets there too.

Staff member
I was there with family members and we took a brief,self-guided tour of the Russ House. I didn't take many pictures of the interior.: 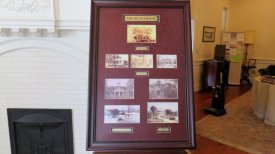 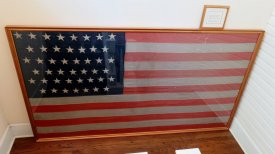 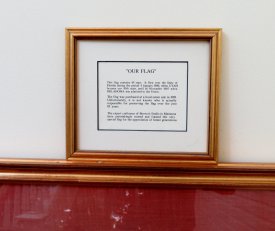 Staff member
Across the street from The Russ House/Visitors Center is Jim's Buffet & Grill which we ate at later in the day. Very good,country cooking buffet restaurant. Reasonably priced,great service and comfortable. Talked to the day manager after we ate. The restaurant has been in business under the same name for over 40 years.

The Russ House made it through Hurricane Michael relatively unscathed. I think Jim's Buffet & Grill is still in the process of rebuilding.

Staff member
According to the tour guide of historic sites in Marianna,there are 7 houses/structures in town that date from the 1840's-1864. One of them is a B&B. There are a number of others built later in the 1800's - early 1900's. Because of time constraints,we did not get to visit all sites on the town historic tour.

Staff member
In the Visitors Center,there is a Battle Of Marianna Walking Tour brochure for those interested. Walking it is doable for those without mobility issues. If I had been there by myself,I probably would have done that. We left my truck at the Visitors Center and did half of the walking tour. The first stop on the walking tour is called "Ely Corner" on the brochure and is actually on the grounds of the Visitors Center. The sign is the same on both sides. The angle of the sun made the side I photographed better for pictures. That view is looking northwest. In retrospect,I wish I woulda tried a pic from the other side as that is looking southeast towards the other phases of the battle and stops on the walking tour. 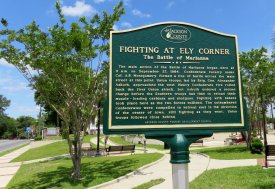 Staff member
Stop #2 on the walking tour is the Ely-Criglar House,built in 1840: 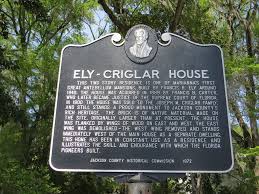 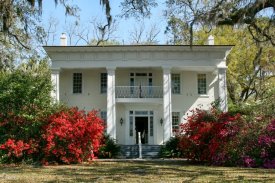 bdtex said:
My aunt is a Civil War buff too. The 4 of us visited Marianna the second full day me and my mother were there and did the Civil War tour. I will post pics over the next few days. Wanted to at least start this thread today on the 154th anniversary of the battle.
Click to expand...

Ever visited Fort King in Ocala Fl? I was born and raised, two miles away. An indian Affairs agent stepped out for an afternoon stroll and was shot Dead by Chief Osceola, triggering the second Seminole war.

Right across the street from my childhood home, must have been a long term Indian encampment. Any time it rained, an arrowhead was nearly certain to be found. Pottery shards and tons of flint shards (from knapping) were abundant. This was about a hundred yards from the two story house on three and a half acres, I grew up on.

As a child who would go on to become an avid fossil hunter, I had no idea what history lay beneath my feet. Looking back, I can feel the ghosts.

No sir...I have not. Never been to Ocala that I can recall.

bdtex said:
No sir...I have not. Never been to Ocala that I can recall.
Click to expand...

Was nothing but a mowed lot, under the tall pines, my entire life. I guess they rebuilt it? You were not that far away. Being a scant two miles from the fort, I bet Osceola camped there. I wonder what went on, on that 3 and a half acres, we lived on?

Sadly, my mom inherited it and sold for a pittance and eloped to Canada. Now, single family homes occupy the land, burying the history below, under foundations. Oh well, more property taxes for Ocala.

Fort King - Wikipedia
https://en.wikipedia.org/wiki/Fort_King
Fort King (also known as Camp King or Cantonment King) was a United States military fort in north central Florida, near what later developed as the city of Ocala. It was named after Colonel William King , commander of Florida's Fourth Infantry and the first governor of the provisional West Florida region.

Staff member
Stops 3 and 4 have no historical markers or structures. They are just areas of ground associated with events of the battle. From the brochure:

"3. Site of the Barricade -- An unmanned barricade of wagons was placed across the street here."

"4. The Ambush -- Confederate home guards and volunteers opened fire from hidden positions on both sides of the street at this site,wounding Gen. Asboth and nearly 30 of his men. The Holden House(across the street) stood at the time of the battle."

Lafayette Street is the street running through town and where most of the battle occurred. Looking at the map and brochure,the Holden House and a historical marker are across the street from stop #4 and I did not go overthere and take pictures of same.

Staff member
Stop #'s 5 and 6 are on the same corner and are part of each other,but there are 2 historical markers there and I guess that's why it is designated as 2 stops on the Walking Tour map/brochure. From the brochure:

"5. St. Luke's Churchyard -- The Marianna Home Guard and others fell back into this churchyard where they were completely surrounded. Heavy fighting took place here." 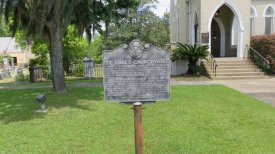 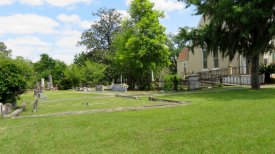 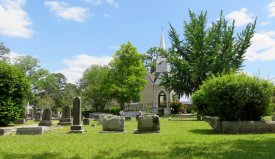 "6. St. Luke's Episcopal Church -- The wooden church,similar in appearance to today's structure,was burned by Union troops. Four defenders fought to the death inside as it burned."

The current structure is the 4th one. The second one was burned in the battle. 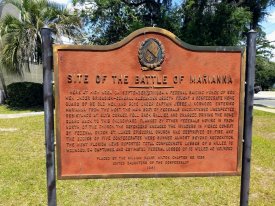 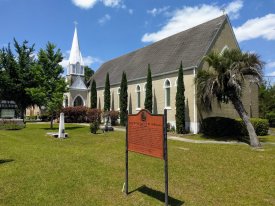 Staff member
If I had known more about St. Luke's Episcopal Cemetery before then we'd have probably spent a little more time there,but 2 days before that I knew nothing about Marianna,Florida or that I would be going there. There were only 4 Confederate military gravestones there,and that is what I was looking for,but there are a lot more Confederate veterans than that buried there. 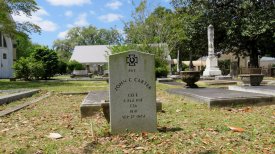 Staff member
To the best of my recollection,I hadn't seen a Confederate gravestone with engravings on both sides before this one. According to his memorial at FindAGrave memorial,he eventually ended up at Elmira and returned to Marianna after the war. 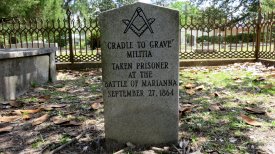 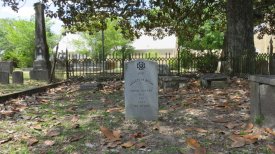 Staff member
Made a quick return visit to Marianna on Friday. Hurricane Michael tore it up pretty good but I wanted to go eat lunch at Jim's Buffet & Grill again and go by The Russ House and get some more brochures on the Battle Of Marianna Walking Tour. Went with my mom, uncle and aunt again.

Staff member
Went to Saint Lukes Episcopal Cemetery again to look at it and find something I missed last time. 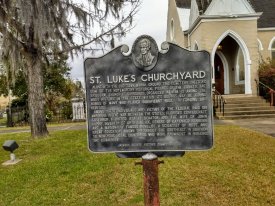 Staff member
The wartime Governor of Florida,John Milton,II is buried at Saint Lukes Episcopal Cemetery. Put a gun to his head and killed himself on April 1,1865. 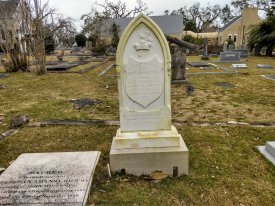