as seen on tv 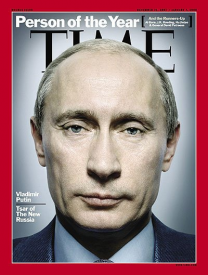 Hello? CBS? CNN? There's a double “YY” at the end. You can check. Time got it right – you other guys have been spelling it wrong for almost a year now.

I wanted to be clever and find some way to snark about Zelenskyy, but he hasn't done anything that justifies “snarkasm'. As the guy who is exposing Putin for the bloodthirsty maniac he's always been, Zelenskyy deserves the world's thanks. Even though he's not getting it's NATO protection.

Here's who Zelenskyy beat out for the 2022 title: Elon “mars or bust” Musk; Chinese dictator Xi Ping; Liz Cheney (!); The Supreme Court (!!), and a bunch of people nobody gives a damn about. Yeah, I'd vote for Zelenskyy, too. Can I vote multiple times, since no ID is required?

I have to say, I'm not a fan of naming institutions/groups as Time's “person of the year”. I don't believe in collectivist awards. It's PERSON of the damn year. Previously, Time has honored a group of newspaper reporters; "Ebola doctors" (remember THAT “pandemic”?); “The Silence Breakers” (sounds like a film title); “Good Samaritans”; “Protestors”; “You”; “The American Soldier”; “Whistleblowers”; “Peacemakers”; “Planet Earth” . . .

Yeah, I hear you, my dear PJ readers. This is an extremely lame group. Okay, Musk was on the 2022 short list again this year. Does anyone recall that Elon actually WAS “person of the year” LAST year? Apparently, this award has sunk into complete irrelevance. Biden/Harris were awarded simply for winning their 2020 election; Obama too; Donald Trump in 2016; The Pope; Vladimir Putin in 2007 . .. WTH????

Yes . . .this is where some Time Magazine flunky points out the award isn't about “good deeds” or even “good intentions”. I totally get it . . it's about selling magazines. At $5.99 a copy, for the print edition, if you're buying just one a year at the newsstand, to add to your collection. Something like the Sports Illustrated Swimsuit Issue, right?

Back to Zelenskyy. Congrats on keeping your nation alive for so long. We in America wish we had a leader like you. One who inspires us, reminds us of our purpose, unites us, has grace under pressure. Someone who doesn't tweet about suspending the constitution or call the opposition party a threat to democracy. We can only wish . . .

Ukraine is facing a tough winter. Instead of nuking them, Putin has simply bombed all their electric plants. This would be the umpteenth war crime against civilians, but hey - who's counting? Nobody is coming to arrest Putin – we can't even find half his mega yachts (hint – check the smaller scandinavian ports). Putin is not dying of “whatever”, even though he reportedly tripped and fell, and “soiled himself”. Nobody is poisoning his Borscht. There are no bombs being planted in his Presidential Limo – a Mercedes 600S “guard pullman”. As far as I can tell, Mercedes Benz hasn't even cancelled the warranty on his limo.

Sorry Zelenskyy – all you get is 15 minutes of fame. Wave to Elon Musk if you pass him in the hallway on his way out. And remember this – we're all rooting for you. Really!!
Last edited: Dec 8, 2022
You must log in or register to reply here.
Share:
Facebook Twitter Reddit Pinterest Tumblr WhatsApp Email Link