Supporting Member
yes, now a second prominent member of the cult group stopped drinking the orange kool-aid yes !!!!!!!! Sanity is returning to THE RIGHT WING - Now who on here jumps on board, don't worry the water is fine ! 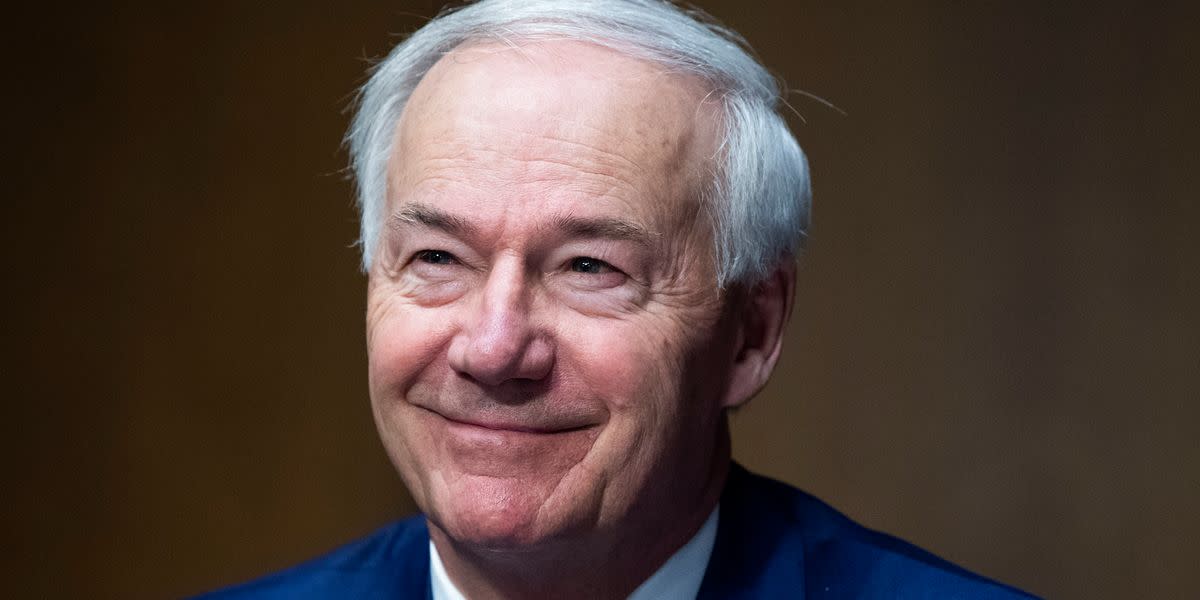 “Let’s talk about the future. The election is past. It’s been certified," said Arkansas Gov. Asa Hutchinson.

Arkansas Gov. Asa Hutchinson (R) said Sunday that former President Donald Trump’s ongoing comments about the 2020 election are “not constructive” and could spell disaster for the GOP in the 2022 midterms.


Hutchinson was asked on NBC’s “Meet The Press” about a Trump statement released Wednesday that said Republicans “will not be voting” in the 2022 midterm election and the 2024 presidential election unless the party “solves” his debunked allegations about 2020 voter fraud.

“Relitigating 2020 is a recipe for disaster in 2022,” Hutchinson said. “Let’s talk about the future. The election is past. It’s been certified. The states made decisions on the integrity of each of their elections and made improvements where need be.”

He added: “It’s about the future. It’s not about the last election. And those kinds of comments are not constructive.”


Hutchinson was among a smattering of sitting Republican officials to publicly acknowledge President Joe Biden won the 2020 election in the weeks after the Nov. 3 vote. At the time, most Republicans had remained silent or stood behind Trump as he refused to concede and brayed about supposed electoral fraud.

Nearly a year since the election, Trump continues to devote considerable energy to pushing conspiracy theories that the election was stolen from him, despite dozens of failed legal challenges, recounts and audits that confirmed Biden’s victory.

Trump openly admitted at a recent rally that the issue is the one that gets him the most attention and “biggest cheers.”

Sen. Bill Cassidy (R-La.) made a similar prediction to Hutchinson on “Meet The Press” last Sunday.

“If we relitigate 2020 over and over again, it won’t change the result in 2020, but we are sure to lose in 2024,” he said. “If we choose to look forward, bringing positive solutions to the American people who have needs, we win. If we choose to be bullied, we lose.”

Is this the beginning of a wave of Democratic retirements? (msn.com)

Supporting Member
Asa Hutchinson and Bill Cassidy, trying to be rational Republicans among the radicals. Too bad for them there aren't enough to fix their party.

JuliefromOhio said:
Asa Hutchinson and Bill Cassidy, trying to be rational Republicans among the radicals. Too bad for them there aren't enough to fix their party.
Click to expand...

Isn't it sad or funny - how grown azz men and women grovel and fear a 75 year old man - an obese, broke down man at that. They should have their man cards revoked immediately but yet there they go to Florida. The greatest loser even said recently more republicans are coming to him now more than ever - to kiss the ring and fatazz for his endorsement. So funny to see these people wanting to throw their hat into the 2024 presidential ring but stay frightened and shivering in the corner at the site of a 75 year old , obese broke down man. Outstanding !
You must log in or register to reply here.
Share:
Facebook Twitter Reddit Pinterest Tumblr WhatsApp Email Link