Uvalde mayor says Robb Elementary will be destroyed. This says false flag to me

Bad enough that we never saw videos of the actual shooting but now all the evidence will also be destroyed. The shooting was done by federal agents and Ramos is just a patsy. 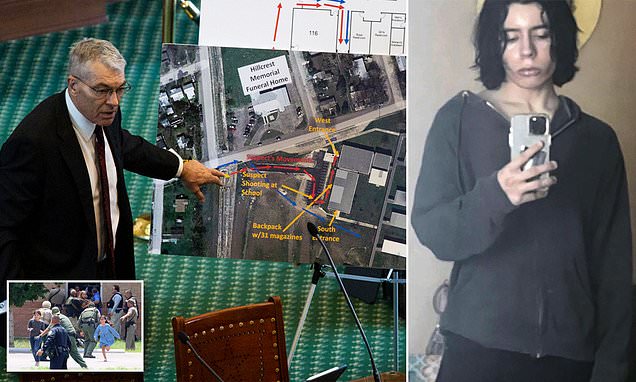 A Uvalde school teacher said gunman Salvador Ramos 'scared her,' and began 'dressing like school shooter' in the months leading up to his mass-shooting.

june 21 2022 A Uvalde school teacher has said gunman Salvador Ramos 'scared her' and began 'dressing like a school shooter' in the months leading up to the massacre.

During a Texas State Senate hearing investigating the response to the shooting, director of the Texas Department of Public Safety, Col. Steve McCraw, said that after the shooting at least six individuals told him Ramos had worried them.

McCraw also speculated that the draw of instant notoriety enabled by the internet and social media may have played a factor in Ramos' decision to carry out the shooting.

Meanwhile, Uvalde mayor Don McLaughlin announced on Wednesday night that the Robb Elementary School where the shooting took place will be demolished.

bdtex said:
You auditioning for Alex Jones?
Click to expand...