Well, well. The creep is going to the big house.

Brian Stelter and Joy Behar thought he could run for president in 2020. Now he's going to jail.

A New York jury found Avenatti, 48, guilty on three counts, including extortion, wire fraud and transmission of interstate communications with intent to extort. He faces up to 42 years in prison and did not testify in the case against him.

Stelter told Avenatti on air, "Looking ahead to 2020, one of the reasons why I'm taking you seriously as a [2020 presidential] contender is because of your presence on cable news.”

At the height of Avenatti’s fame, he spent his rare time away from CNN’s greenroom partying with the network’s anchors while regularly appearing on late-night shows, MSNBC and “The View.”

Juanita Scarlett, a former aide to Andrew Cuomo, the Democratic governor of New York and brother of CNN host Chris Cuomo, once tweeted -- and then deleted – a photo of herself with Avenatti and another CNN host, Don Lemon, who apparently hosted a bash at his posh Hamptons home.

It’s unclear how many other CNN personalities were at Lemon’s “Sag Harbor soiree,” but it was clear Avenatti had a cozy relationship with the liberal network prior to his drastic fall from grace.

CNN was even accused of downplaying Avenatti’s Nov. 2018 arrest and Stelter once admitted critics “have a legit reason to dunk on me” when he chalked up omitting a negative story about Avenatti from his newsletter to a mix up.

“After being called everything from a political and legal expert to the 'man who could take down Trump' and given hundreds of segments and hours of television time from both CNN and MSNBC, Michael Avenatti is headed to jail,”author and political satirist Tim Young told Fox News. “Not only has he proven himself to be a fraud, but he's exposed the fact that these networks are willing to book literally anyone who confirms their Trump Derangement Syndrome.”

Young said Stelter’s theory that Avenatti was a legitimate contender for president shows the CNN pundit has a “complete lack of understanding of the media and political sphere” for valuing a now-convicted felon over most politicians in America.

“It's an important reminder that people aren’t smarter than you or better judges of character just because they have a major media platform,” Young added.

MRC analysts Bill D’Agostino and Rich Noyes wrote in 2018 that there “no guest in CNN’s recent history who has been given as much free media exposure by the network as Avenatti” received.

But CNN wasn’t the only liberal network to parade Avenatti in front of the camera. Over the same 10-week period, Avenatti appeared on MSNBC 57 times, according to the study.

“On a single day [May 3 2018], MSNBC featured Avenatti a stunning seven times,” D’Agostino and Noyes wrote. “While CNN has been the friendliest network… MSNBC has been close behind.”

He was also asked about a potential run at the White House on ABC News’ “The View” in August 2018.

The disgraced lawyer was accused of trying to extort up to $25 million from Nike by threatening to go public with evidence that the company had paid off the families of young NBA-bound athletes. For about two weeks, prosecutors called several witnesses, including lawyers and Nike employees, and played recordings of Avenatti at his meeting with Nike attorneys.

The defense's case consisted of documents and stipulations insisting that Avenatti was only being an aggressive attorney and was working on behalf of his client. However, the client, Gary Franklin, the founder and coach of youth basketball team California Supreme, testified in court that Avenatti didn’t keep him in the loop of the negotiations with the athletic giant.

Avenatti hasn't been able to appear on CNN, or anywhere else, as he was in custody after violating bail conditions in a federal case against him in California and was housed at Manhattan’s Metropolitan Correctional Center during the trial.

The once famed lawyer for adult-film star Stormy Daniels faces two other trials. In a second trial in Manhattan, he faces charges that he cheated Daniels out of the proceeds of a book deal. The most serious charges are in a federal case in Los Angeles, where he is accused of defrauding clients and others.

Avenatti has denied all charges and insisted that they were part of an ongoing vendetta by the Trump administration after he represented Daniels in her litigation against the president. Donald Trump Jr. reacted to Avenatti’s conviction by sharing a Free Beacon montage of his frequent media appearances. 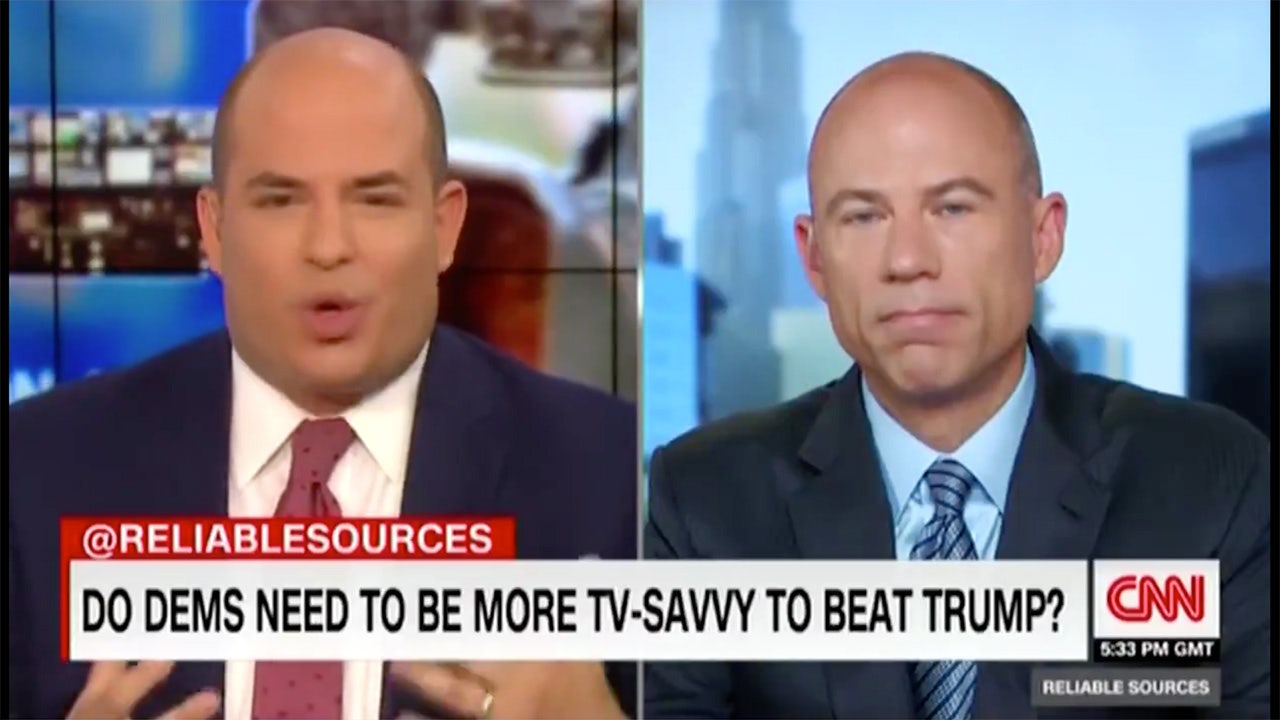 Brian Stelter and Joy Behar thought he could run for president in 2020. Now he's going to jail.

I hope he enjoys the booty house!

I hate this guy but this doesn't seem fair. It's very common for "journalists" to sell stories. They dig up some dirt on someone and tell them - gimme $50,000 and i won't publish.

How many times can a Congress-Critter get arrested before ethic charges brought forth:

Sounds to me like Avenatti would have been a good representative of democrats in political office.