Addy said:
With Manchin's known love affair with the coal industry.., he seems more likely to have his own agenda in mind. Sanders summed up those hold outs quite well. IMO
_______________________________
"So my concern with Mr. Manchin is not so much what his views are -- I disagree with them -- but it is that it is wrong, is really not playing fair, that one or two people think that they should be able to stop what 48 members of the Democratic caucus want, what the American people want, what the President of the United States wants," Sanders said.
He added: "So, Sen. Manchin has a right to fight for his point of view, has not only a right to be heard, he has a right to get some compromises. He's a member of the Senate. But two people do not have the right to sabotage what 48 want, and what the President of the United States wants. That to me is wrong." 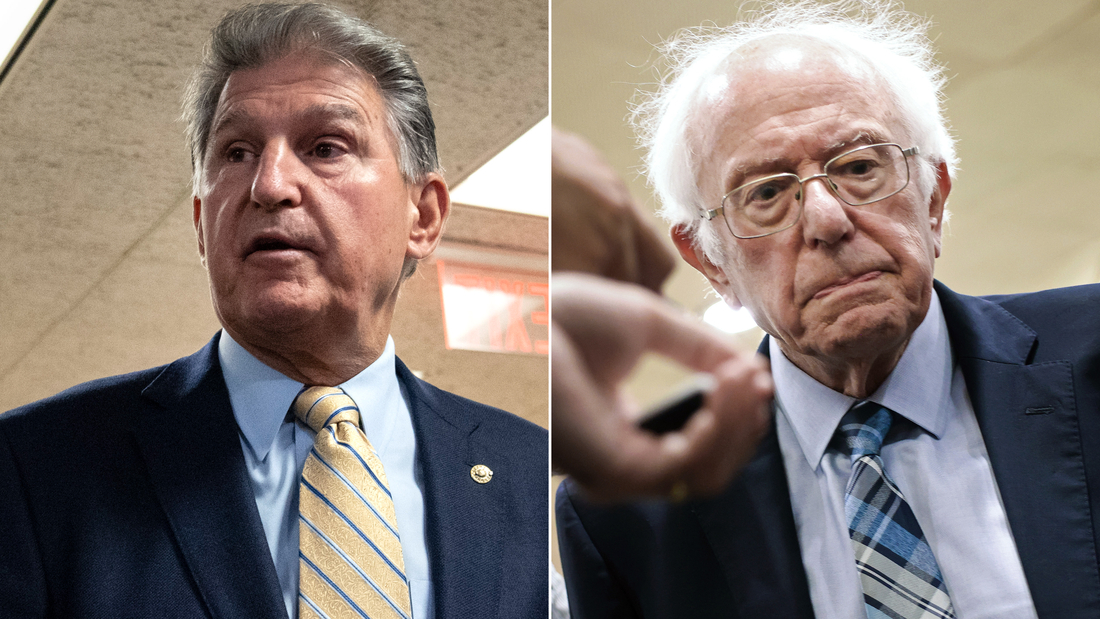 Rep. Ro Khanna had a suggestion for President Joe Biden on a private conference call earlier this week: Have Sens. Joe Manchin and Bernie Sanders sit in the same room and try to cut a deal on the Democratic Party's massive social safety net expansion.

So why are you getting help in a red state?

JuliefromOhio said:
And the uber-wealthy aka the ruling class have their lobbyists controlling and writing legislation for your Republican legislators. Remember ALEC? There's more dark money groups out there just like them. Don't you wonder when Republican legislatures come up with the same legislation across the country, for new voting laws, anti-abortion laws, etc.? Coincidence? I think not.

Remember Citizens United and how it put the stamp of approval on Dark Money?

So how did Pelosi get $200Million in wealth?

JuliefromOhio said:
"reflexive repetition of party propaganda without the benefit of original thought."

How low has Joe gone today?

JuliefromOhio said:
You didn't post about Biden's past High approval numbers....so it's evident that you were reflexively waiting for bad ones. You found the lowest approval rating out there while I countered with 2 that were better. Your purpose was to reflexively make Biden look bad, which was "reflexive repetition of party propaganda without the benefit of original thought."
Click to expand...

Surely you knoe the difference between Past and Present

JuliefromOhio said:
Bernie is helping Joe get the bill passed.

Stop projecting GOP racism onto others.
Click to expand...

Did you just call all GOP PJ members Racist!
You play the race card more than Sharpton & Jackson

Dawg said:
Did you just call all GOP PJ members Racist!
You play the race card more than Sharpton & Jackson
Click to expand...

Anyone who believed Trump's birther conspiracy about Obama earned the label.

JuliefromOhio said:
Anyone who believed Trump's birther conspiracy about Obama earned the label.
Click to expand...

Eh, your Queen Hillary started the conspiracy so what does that make YOU?

JuliefromOhio said:
Democrats used to be the party of slavery, of the KKK. Once the Civil Rights Act was passed, those racists became Republicans. Nixon nudged them along using the southern strategy. That's why Trump used racism, the birther conspiracy to appeal to his voters. They loved it that he could see into their hearts. If they can't look down on minorities, how will those white con guys feel okay about themselves?

Bernie is using his clout to state facts about the Biden plan.
Click to expand...

That B.S. was dispelled by the New York Times in 2006. Where the heck have you been.

The Myth of ‘the Southern Strategy’ - The New York Times

The Myth of ‘the Southern Strategy’ (Published 2006)

Everyone knows that race has long played a decisive role in Southern electoral politics. From the end of Reconstruction until the beginning of the civil rights era, the story goes, the national Democratic Party made room for segregationist members — and as a result dominated the South. But in...

www.nytimes.com
Dec 10, 2006 · The Myth of ‘the Southern Strategy’. By Clay Risen. Dec. 10, 2006. Everyone knows that race has long played a decisive role in Southern electoral politics. From the end of Reconstruction unti 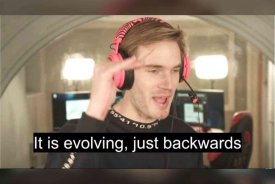 Let's see what Keisha Lance Bottoms (D) is doing in Atlanta today
An Elementary School In Georgia Is Segregating Kids In School Based On Race. Today. In 2021. | Not the Bee

Your was is now officially is...Is again.

Leopards don't change their spots...Neither will you, Party of Slavery.

JuliefromOhio said:
Anyone who believed Trump's birther conspiracy about Obama earned the label.
Click to expand...

Can you prove that it was not true? Trump would have access to information you don't. Ever wonder why Obama was silent when Trump was in the White House?

JuliefromOhio said:
When I think of how hard it is for you to "lose" an argument with me, being a WOMAN and all, I'm betting that your wife beats. you. every. time......and that gratifies the hell out of me. <smirk>
Click to expand...

JuliefromOhio said:
Bernie is helping Joe get the bill passed.

Stop projecting GOP racism onto others.
Click to expand...

Joe isn't doing anything during nappytime.

Addy said:
We must have some High income earners on PJ making over 400,000... they seem so worried over the increase in corporate taxes being raised
____________________________
The House legislation calls for reversing a key plank of the Republicans' 2017 tax cuts by returning the top marginal income tax rate to 39.6%, up from 37%. That new top rate would apply to single filers with taxable income greater than $400,000 a year and married couples filing jointly earning more than $450,000 annually.
That's lower than the roughly top 1% threshold that Biden proposed earlier this year in his American Families Plan. But the committee's plan also is in keeping with the President's pledge that he would not increase taxes on those earning less than $400,000, which is more than 90% of taxpayers.
https://www.cnn.com/2021/09/19/politics/democrats-taxes-rich-explainer
Click to expand...

How much extra are you gonna pay?

Drumcollie said:
How much extra are you gonna pay?
Click to expand...

Are you working for the IRS? 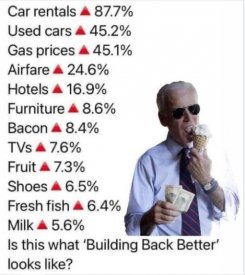 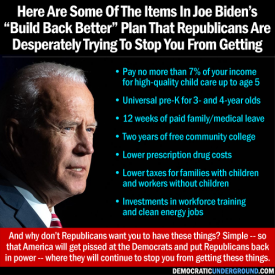 And not only are they all impossible, they will cost a ton of money, triple the national debt and people will be worse off.

Oh, by the way, there is no such thing as free community college;

(Colleges do not teach for free.)

Biden is the worst unelected president in the history of America.

JuliefromOhio said:
It's difficult for them to hear the facts when rightwing media is brainwashing them with the falsehoods.
Click to expand...

What falsehoods would those be?